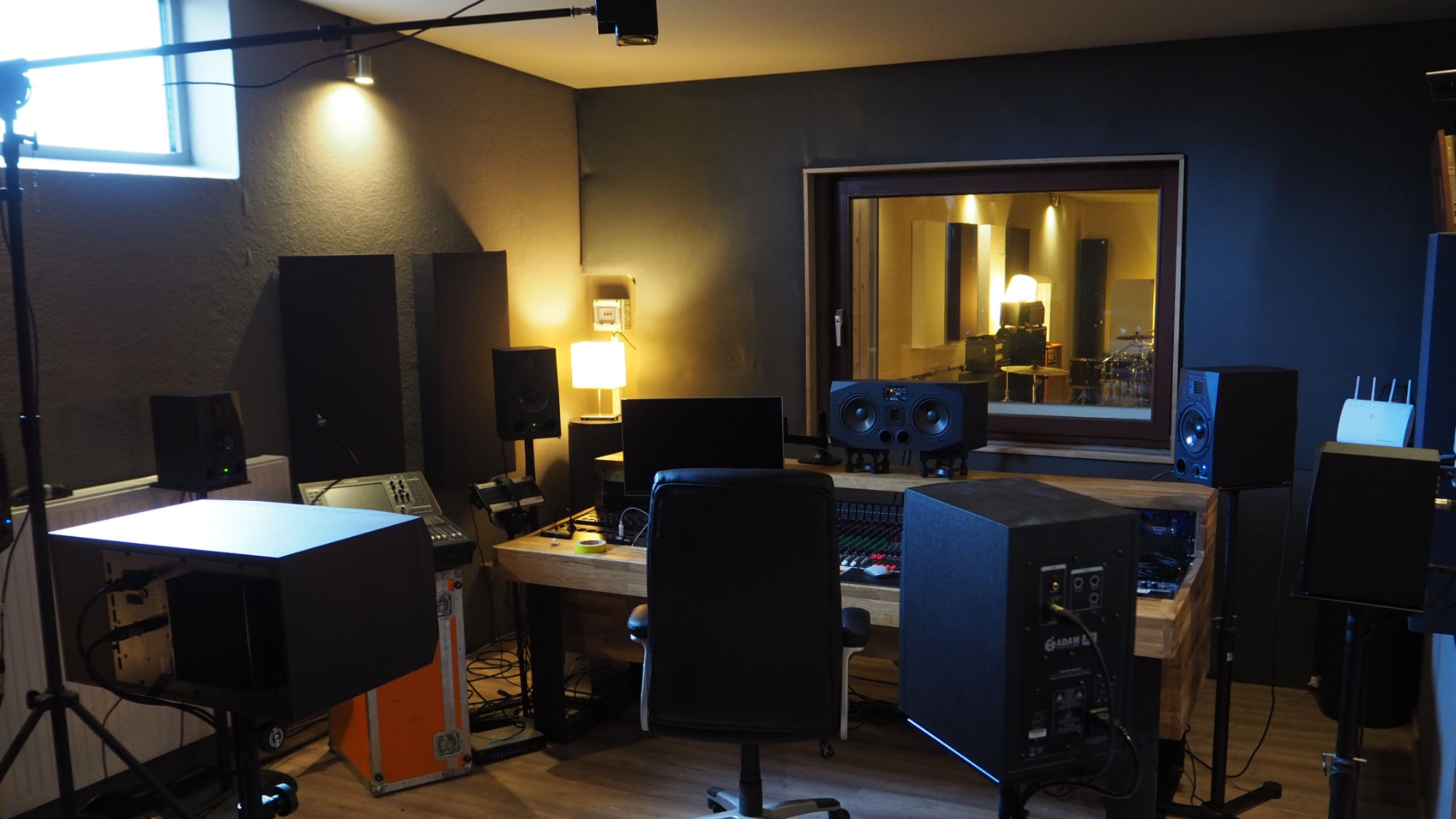 On Monday, February 11th we took a trip to Ueberton Studios in Hamburg, Germany to install a 9.0 ambisonic setup and upmix the new single Anomaly, from Hamburg post-rock band Collapse Under the Empire.

The tools we used

We set up an octagonal speaker array using the pairs of Adam speakers, opposite one another, and used the Meyer Sound MM-4XP as the top speaker. The signals were coming from an audio workstation which had the DAW running with encoders and decoders in the same setup. The signals were played out by a RME Digiface Dante, connected via a switch to the Yamaha QL-1 desk. There we had an easy control over loudness and could tune the system. The loudspeakers got their signals from the desk via a Yamaha Rio3224 connected to the same audio network. For the tuning of the speakers we used a windows laptop running Tuning-Capture Plus and the Audix TM-1 Measurement Microphone. The purpose was to make sure that all the speakers have the same volume and the same impulse response, meaning they sound the same. Because of logistical reasons we had several different loudspeakers. We weren’t sure how this would work out, but having measured them and tuned them with the equalizers built into the Yamaha QL-1, the results were quite nice.

For the upmix, the stems were loaded into Reaper and the IEM Plugin Suite was used to spatialize the audio. This time we also tried out the Noisemakers AmbiVerb HD plugin to explore using an ambisonic convolution reverb, including some that Andrew recorded while at University of California, Berkeley.

The spatial resolution was surprisingly accurate while only having one vertical speaker. In fact, it was quite impressive.